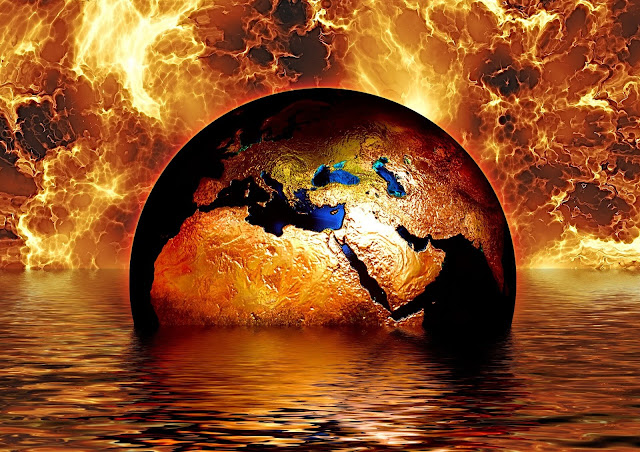 Posted on June 12, 2020
Life of the Land filed the only two Hawai`i climate change appeals to the Hawaii Supreme Court. The court upheld both appeals, sending them back to the Commission for further proceedings.

Hu Honua proposes to clear-cut forests, turn the trees into wood chips, and burn the wood to generate electricity. The Public Utilities Commission approved the HELCO-Hu Honua Power Purchase Agreement. The Hawaii Supreme Court remanded the case back to the Commission in May 2019.

The Commission re-opened the proceeding and asserted that Life of the Land could address all issues in the original proceeding, as well as the new issue involving lifecycle greenhouse gas emissions. The issues include financial cost, air pollution, and water pollution.

Only LOL and KLMA appealed the Commission decision. The Hawaii Supreme Court remanded the case back to the Commission on June 9, 2020. The Commission will re-open the proceeding to address climate change, public trust, and Native Hawaiian issues.

Hawai`i informed the HECO Companies that they must renegotiate their fuel contract quickly or be cut off from receiving any fuel.

HECO, MECO, and HELCO filed an application for approval of the First Amendment to Petroleum Fuel Supply Contract with Par Hawaii Refining on June 9, 2020.

HECO`s filing stated, “Par’s demand places the Commission, the Consumer Advocate and the Companies in a very difficult position requiring the negotiation and review of the First Amendment on a very tight timeline.”

The filing was included in the Commission`s Daily Activity Report email blast sent out on June 10th at 4:31 pm. The intervention window is 20 days. Life of the Land filed a motion to intervene on June 11 at 7:25 a.m.

Hawaiian Electric received a letter from Par alleging that it has a contractual right to request a renegotiation of the existing Petroleum Fuel Supply Contract on April 29, 2020.

“Par contends that its request is based on dire financial impacts from the COVID-19 pandemic.”

“Par represents as follows: Impacts from the pandemic include a decrease in fuel demand resulting in historically low or negative margins on Par products. Specifically, government orders addressing the pandemic have had a significant economic impact on Par under the terms of the Contract, and the continued adherence to the Contract is creating significant financial hardship. The pandemic has resulted in drastically reduced ground and air travel throughout Hawai`i, the United States and the world.”

“The recent events have had a direct impact on Par’s sales margin to Hawaiian Electric for the LSEO under the Contract, which led to the shutdown of Par’s crude unit at Par West on March 23, 2020. On March 25, Par announced production reductions and turnaround deferrals. On May 5, Par implemented a furlough of 29 employees in response to the decline in throughput rates at its refineries. Without Par West, Par cannot sustainably locally produce the full volume of LSEO required by the Companies and will have to import barrels of LSEO to meet demand.”

“Thus, while reserving all rights, the Companies began negotiations with Par in an attempt to agree on a potential Contract amendment and avoid protracted litigation and potential fuel supply interruption that would materially impact and threaten the Companies’ ability to continue providing service to its customers. Under the current economic and emergency health and safety circumstances, the risk of fuel supply interruption due to a contract dispute is simply untenable.”

“Aside from whether Par has a right to renegotiate or terminate the Contract, the Companies have no basis to dispute that Par is suffering significant negative economic impacts as a consequence of the pandemic.”

“The Companies believe that approval of the First Amendment is in the best interests of customers, as it will maintain a secure source of fuel for electricity generation with pricing at or below alternative fuel procurement sources.”

“Par agreed to lower the LSFO carbon residue specification from 15.0% to 12.0% under the First Amendment, which under the current Contract would have added  significant cost. Carbon residue is important regarding the Companies’ compliance with the Mercury and Air Toxics Standards.”

“In addition, the First Amendment allows the Companies to give notice of termination of the LSFO portion of the Par fuel supply contract by August 06, 2020, which gives the Companies an opportunity to conduct an RFP to test the market for other LSFO supply opportunities. A termination made pursuant to this opportunity would be effective 120 days later or a date mutually agreed upon by both parties. The Companies issued an RFP for LSFO on June 5, 2020 to evaluate potential LSFO supply alternatives to the First Amendment.”

Life of the Land