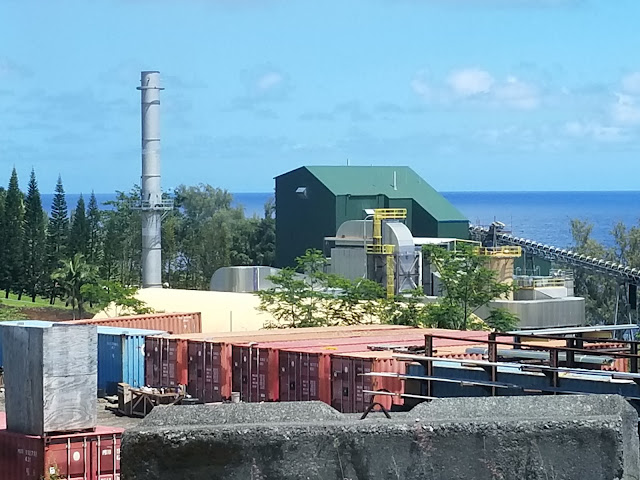 The Star-Advertiser is now on-line. Looking for the digital edition of the paper? View Print Replica page flip now. https://www.staradvertiser.com/?refresh

“Like many on Hawaii island, I have been following the developments related to Hu Honua (also known as Honua Ola) closely and with anticipation.”

Derek Kurisu`s younger brother Duane Kurisu sits on the Board of Directors of Hu Honua which now sometimes calls itself Honua Ola.

“We were happy when the state Public Utilities Commission (PUC) approved the original power purchase agreement (energy contract) with Hawaiian Electric in 2013 and again the amended energy contract in 2017, allowing construction at the plant to resume, providing hundreds of construction jobs for workers in the building trades.”

The PUC does not control construction but rather if and when HELCO can purchase the electricity produced by Hu Honua.

“It looked like we were on our way to replacing fossil fuel generation with locally sourced clean renewable energy, launching a new agricultural industry, and seeing hundreds of permanent jobs created for at least the next 30 years.”

A hundred is a stretch. The growing and harvesting of the trees iare not being done by Hu Honua but rather by secretive companies related to Hu Honua.

“These would be good-paying jobs and careers employing local people to run the facility, harvest and transport trees to the plant, and grow new trees, giving us a homegrown source of renewable and sustainable energy, while reducing greenhouse gases (GHG) and the volatile cost of imported oil, now used to power our grid.”

“Then, the Hawaii Supreme Court ruled the PUC had failed to sufficiently consider GHG and sent the matter back to the PUC to consider GHG.”

The Supreme Court did not only address greenhouse gases but rather all externalities. 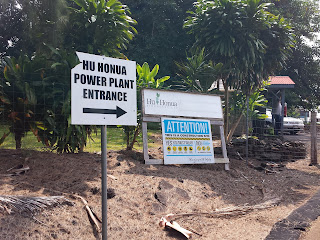 “That was more than a year ago. The plant, which is nearly complete, could be producing power and jobs by the end of 2020 if the PUC will complete its review of the matter, now on pause since early March. Only post-construction state and county approvals remain and are expected to be issued shortly after construction is pau.”

The Department of Health has not approved the underground injection well system.

“In a recent letter to Hu Honua on the PUC website, the PUC said it was going to take more time to consider new Hawaiian Electric solar projects, which the PUC instructed the utility to solicit in 2019.”

There are proposals to build solar, geothermal, biomass, and storage on Hawai`i Island. The winner should be the entities that can best meet the needs of the population not the needs of out-of-state developers.

“Intermittent solar and wind can be added to the grid, but only if a firm source of power is available when the sun doesn’t shine, or the wind doesn’t blow. The question is, do we want that firm power to come from imported fossil fuel oil or a locally grown clean, renewable source, like the abundant biomass Honua Ola plans to use?”

The analysis is dated. Solar plus storage is firm and a lot cheaper than biomass.

Many people recognize that biomass is not always renewable, regardless of how state law defines it.

“If the PUC wants to move quickly on projects that will address the serious unemployment on the Big Island, Honua Ola is the only project being considered that can do so this year.”

The PUC deals with utility regulation, not employment. The PUC is concerned with lowering the high cost of electricity while maintaining reliability and increasing resilience.

“The new solar projects being considered by the PUC won’t be available until late 2023 at the earliest, and while they may provide temporary construction jobs, they won’t be long-term permanent ones.”

The biomass jobs will be fixed to a location while the solar jobs will move from project to project.

“The PUC green-lighted the project when it approved the power purchase agreement, and Honua Ola’s owners spent hundreds of millions of dollars to bring the plant online. Now, the PUC indicates it may not move immediately on Honua Ola but would like to consider newer projects that have only recently been proposed.”

Any developer who builds a project before securing all of the final permits necessary to operate their facility assumes all liability and all financial risk.

“This makes no sense from any standpoint — job creation, basic fairness or increasing renewable energy, while reducing fossil generation.”

Au contraire, granting a permit simply because a developer built something without final legal authorization is lunacy.

“Slow walking this case, while the company is burning through millions of dollars to keep the existing plant’s staff working and the plant maintained and ready to operate, sends a bad message to those thinking about doing business in our state.”

The message sent is this, responsible companies are welcome, others should leave. Furthermore, anyone can say they are losing millions while refusing to disclose financial statements.

“State agencies should be doing everything possible to encourage job-creating projects, especially those that benefit the environment. The last thing we need during the current crisis is to discourage business investments on our island and elsewhere in the state.”

Clear-cutting the lungs of the planet during the climate crisis is hardly something that will benefit the planet.

“Others with the funds to help Hawaii will have second thoughts when they see projects get a green light from state agencies and spend hundreds of millions of dollars, only to have the agencies change their mind or threaten the project’s financial viability by prolonged delays.”

Posted by Ililani Media at 8:37 AM