Life of the Land`s Energy Campaign 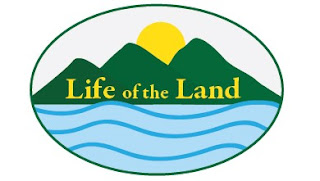 The role of energy cannot be understated.  Both internationally, and in Hawai`i, expenditures on energy account for more than ten percent of all money spent. Energy drives commerce, industry, transportation, and schools. Energy costs are the major financial input for agriculture and moving water.

Life of the Land firmly believes that too often problems are examined using silo mentality. Artificial man-made constructs and boundaries are imposed that fail to provide a realistic picture.

* Increasing awareness that the Gas Company is importing fracked LNG

* Increasing the number of intervenors in PUC dockets

* Educating on the true costs and impacts of undergrounding electric lines

* Publishing the first editable version of the HCEI Energy Agreement

* Winning a Hawai`i Supreme Court case: HECO can`t force ratepayers to pay for ads to encouraging the use of electricity

* Questioning the use of genetically engineered algae for biofuel

* Writing the Energy Chapter in "The Value of Hawaii: Knowing the Past, Shaping the Future," ed. by Craig Howes; Jonathan Kay Kamakawiwo‘ole Osorio. Published for the Biographical Research Center, University of Hawai‘i (July 2010)

* Writing Life of the Land’s “Energy Independence for Hawai`i (2030): An Integrated Approach to Economic Revitalization in a Culturally and Environmentally Sensitive Way” (2011) (234 pages)