Fossil Fuel use is a threat to every form of life. 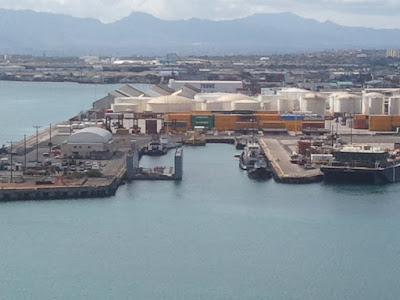 A National Academy of Science Study, conducted at the request of U.S. Congress, analyzed energy-induced health impacts. “Hidden Costs of Energy: Unpriced Consequences of EnergyProduction and Use” (2010) found that in the U.S. 20,000 people die prematurely each year from fossil fuel air pollution, and that U.S. health impacts cost $120 billion/year.

A Chevron pipeline ruptured on May 14, 1996, discharging 41,000 gallons of No. 6 bunker fuel oil into Waiawa Stream adjacent to HECO’s Waiau Power Plant.

Being slightly heavier than fresh water, the oil slowly sank through the Waiawa Stream water table, contaminating life forms along its spread and descent.

Being slightly lighter than salt water, when it reached Pearl Harbor, the oil slowly rose through the water column once again killing life forms.

Oil covered approximately 90,000,000 square feet of open water in Pearl Harbor during the first six days after the spill.

Regulators estimated that 77,965 linear feet of intertidal habitat was oiled.
The clean-up resulted in the repeated, episodic high-pressure washing of the Pearl Harbor shoreline, which destabilized and eroded shoreline soils. The shoreline continued to emit an oil sheen for more than a month.

This pollution had a devastating impact on egg, larval, juvenile and adult stages of recreationally and commercially valuable finfish, invertebrates, green turtles, and birds.

Initially federal and state regulators estimated that the habitat would take ten years to recover, but later revised estimates upwards to fifteen to twenty years.

Wild fires were being set in Borneo to clear land for logging and planting of palm oil plantations.

Huge releases of greenhouse gases were being emitted from burning peat soil. In the late 1990s Indonesia was briefly the #1 greenhouse gas emitter in the world.

The Wall Street Journal article also pointed out the environmental destruction, the loss of ecosystems, the displacement of native peoples, and the man made cloud which shrouded the region.

Hawaiian Electric Company (HECO) proposed importing palm oil from producers who adhered to just six of these standards as long as the producer was working towards “no child labor” and working towards “free, prior and informed consent” of native peoples at the particular plantation where the biofuel would come from, regardless of what the producers did on their other plantations.

Borneo is the third largest island in the world with an area of 287,000 square miles.  Borneo is divided three ways: 73 percent is Indonesian, 26 percent is Malaysian and one percent is the sovereign country of Brunei.

The Borneo rainforest is one of the few remaining natural habitats for the endangered orangutan. It is an important refuge for many endemic forest species, including the Borneo elephant, the eastern Sumatran rhinoceros, the Bornean clouded leopard, the Hose's palm civet and the dayak fruit bat.

Borneo has significant cave systems. Clearwater Cave has one of the world's longest underground rivers. Deer Cave is home to over three million bats, with guano accumulated to over 330 feet deep.

The Navy’s Red Hill facility is leaking into the ground near or over the aquifer.

Dead oiled birds and tar balls came ashore at Kauai's Barking Sands, Polihale, Nukoli, Fujii, and Kipu Kai beaches in September 1998. The U.S. Coast Guard determined through chemical analysis, that the oil was from a Tesoro hose failure between the Barbers Point shore at the oil/chemical tanker OVERSEAS NEW YORK.

Exxon Houston spilled about 117,000 gallons of oil in March, 1989, threatening beaches on the island of Oahu. Exxon sought to shift damages. Exxon lost in district court, at the Ninth Circuit in 1995, and before the U.S. Supreme Court in 1996.
Another Tesoro Leak at Barber`s Point occurred in 2001 involving the oil/chemical tanker OVERSEAS CHICAGO.

The Coast Guard determined that the 1986 accident had two causes: “contamination of the vessel's bunkers with flush oil during bunkering through a subsea pipeline and the absence of a flame screen in the after starboard fuel oil tank vent.” 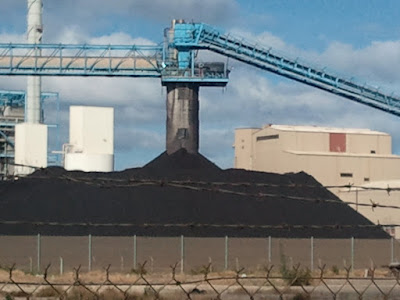 HC&S burned bagasse to generate power for its needs. HC&S wanted to sell surplus power to MECO but MECO needed steady output (firm power). So HC&S added 40,000 tons of coal per year to their bagasse, and sold electricity to MECO as “renewable energy.” 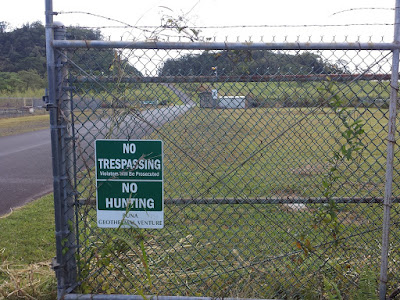 In fact, electric service was seriously disrupted around much of the Island as storm damage brought down trees and branches and disrupted utility infrastructure on a wide scale. Even ordinary rain storms have caused such damage on a smaller scale.

Civil Defense gave an alert for community members to evacuate if they felt symptoms from PGV's hydrogen sulfide release and dispatched the hazardous materials response team to PGV.

Storm damage to trees and utility lines made the roads dangerous and impassable for the attempted HazMat response, and they turned back before reaching the site. The same conditions made it dangerous and impossible for residents feeling symptoms from PGV's H2S release to evacuate from their homes.

The County but not the State reacted to community concerns and passed geothermal-based health-related ordinances. The 2016 State Legislature proposed stripping the county`s ability to enact health ordinances related to geothermal emissions.