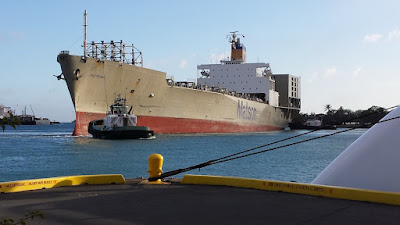 "Hawaii's geographic isolation makes its energy infrastructure unique among the states. In recent years, more than one-tenth of the state's gross domestic product has been spent on energy, most of that for imported crude oil and petroleum products.”

These figures are consistent with international figures.

“World energy consumption refers to the total energy used by all of human civilization. Typically measured per year, it involves all energy harnessed from every energy source applied towards humanity's endeavors across every single industrial and technological sector, across every country. … In 2011, expenditures on energy totaled over 6 trillion USD, or about 10% of the world gross domestic product (GDP).”
Energy drives the world economy at $190,000 per second, $600 million per hour, $15 billion per day. A small fraction of this offers plentiful funds to pay speakers, sponsor conferences, underwrite studies and give out awards.
The world economy grew since 2011. In 2015 the International Monetary Fund (IMF) estimated that global fossil fuel subsidies are $5.3 trillion/year. This represents 6.5% of global Gross Domestic Product (GDP).
“Just over half the figure is the money governments are forced to spend treating the victims of air pollution and the income lost because of ill health and premature deaths. The figure is higher than a 2013 IMF estimate because new data from the World Health Organisation shows the harm caused by air pollution to be much higher than thought.” 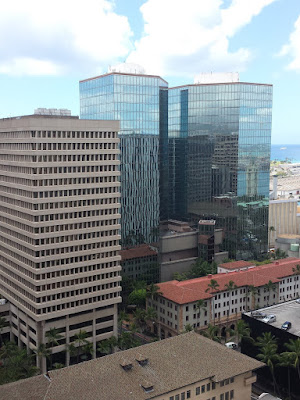 Life of the Land estimated the energy sector as 10 percent or more of the Hawai`i economy. The calculations are crude and are summarized below

During the past decade the State imported about 40 million barrels of petroleum per year. The cost per barrel has ranged from $30 - $145.

Each barrel is imported by a petroleum refinery. The fuel is processed and sold to middle men (electric and gas utilities and gas stations).

The middle men then sell electricity, gas, gasoline, and diesel to end-users. About a third of the petroleum is refined into jet fuel which might be sold directly or indirectly to airlines. Thus each unit of imported petroleum energy is sold two or three times.

Renewable energy produced by an Independent Power Company is sold to an electric utility which sells the electricity to end-users. Thus it is sold twice.

Rooftop solar is not sold at all. Even under net energy metering, it is traded with, but not sold to, the utility. The cost of rooftop solar is reflected in the cost to buy and install solar panels.

Vehicles are fueled by gasoline and diesel. Pump prices are volatile.

The total amount of money spent on energy in Hawai`i ranges approximately from $7.5-10 billion/year.

Energy is a major cost factor in agriculture and the movement of water.

Fossil fuel use is the number one global cost factor in health impacts.

Fossil fuels rank number one globally in producing air, water and land-based pollution and in heating up the planet. See: Energy Plays Dominant Role in Threats to Hawai`i Residents & Ecosystems

Without fossil fuels the First and Second Industrial Revolutions (c. 1750, c. 1870) would never have occurred.