The Birth of Life of the Land 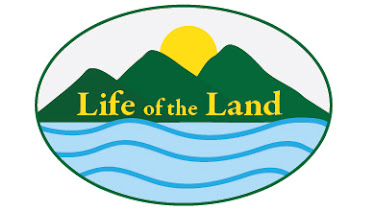 In the spring of 1995 the Honolulu Star-Bulletin ran three Special Sections over a three week period covering four decades of Hawaii.

In the March 14, 1995 Special Section the paper wrote an article, “Key leaders left mark on the state during Hawaii’s growth years.”

“The effect a person can have on a place is immeasurable. Here are the 10 people or organizations who, from 1965 to 1975, helped make Hawaii what it is today.”

Those honorable mentioned but not making the list were such notables as Henry Kaiser, Frank Fasi, William S. Richardson court, Myron B. Thompson, Robert Oshiro and George Ariyoshi.

Life of the Land was founded in February 1970 and named in September 1970.

Life of the Land made the top ten list even though the organization existed for less than half of the 1965-75 decade.

Life of the Land burst onto the scene in February 1970, two months before the first Earth Day, by a group of young mothers who were appalled that raw sewage was being dumped in the ocean.  They went down to Waikiki beach with brochures that asked: Do you know what you are swimming in? There were no waste water treatment facilities in Hawai`i at that time. This direct action led to the first sewage treatment plant at Sand Island.

Then men joined the organization. They needed a name, a structure, and leaders. The two final names considered were Life of the Land and the Mad Marching Mothers of Manoa. This was the era of Tony Hodges, Gavin Daws (co-author of Land and Power in Hawai`i) and Sophie Ann Aoki (daughter of Rev. Mitsuo Aoki).

The President's Water Pollution Control Advisory Board Report, Honolulu, Hawaii June 7-10, 1971: “On June 7, the Board made an inspection tour of the Island of Oahu including Pearl Harbor. Pollution problems were viewed from the lookouts at Punchbowl and Nuuanu Pali, and from two Marine Corps heliocopters [sic].

The Board viewed raw sewage being discharged from Honolulu's 50 million-gallon-per-day outfall off Sand Island, a short distance from the Honolulu shoreline and the beaches of Waikiki; sediment and soil erosion problems in Kaneohe Bay; and oil and sewage mixing with silt in Pearl Harbor.”

“On June 8, the Board traveled by plane to Hilo ...The primary pollution problem emanating from the sugar industry is the dumping of mud, silt and cane trash from sugar cane washing operations into the ocean. This is affecting beaches, streams, fishing grounds and coral reefs throughout the State.”

“Mr. Tony Hodges, President, Life of the Land ...stated that the State of Hawaii has not enforced, is not enforcing, and will not enforce the water quality standards, and the standards will not be enforced until the Federal Government intervenes. ...Give citizens the right to sue officials to compel enforcement of anti-pollution laws.”

Life of the Land was cited in newspapers and magazines throughout the country.

“Life of the Land is waging a vigorous fight against polluters in and out of court.” Stewart Udall. 1970. (Secretary of the Interior (1961-1969) under Presidents Kennedy and Johnson)

Newsweek (March 1, 1971): “Life of the Land filed a flurry of lawsuits aimed at pressuring the state to enforce its pollution laws.”

Hawai`i adopted the EIS process by a Governor’s Executive Order in 1973 and then by law in 1974. At that time, all of Hawaii’s lawyers were educated abroad in U.S. law schools.

The UH Law School opened its doors in the fall of 1973. The first set of second year Hawai`i-trained law students became law interns in the summer of 1975. The first class graduated in the spring of 1976.

In 1971 Life of the Land started its Environmental Research and Law Program (ERLP).

Supplementing the half-dozen plus legal team of attorneys were law interns (usually law students who have completed 2 of their 3 years at law school). The ERLP started with 9 law interns in the summer of 1971.

In 1972 eighty law students applied and nineteen law interns were accepted.  Interns had to pay their own way to Hawai`i. The ERLP was Hawaii’s first public interest law firm. The ERLP attorneys represented several Hawaiian, community, and non-profit organizations in legal issues. The ERLP legal team was larger than either EarthJustice’s or Native Hawaiian Legal Corporation s today.

Air and water pollution were much more extensive in the 1960s that it is today. Part of the pollution came from leaded gas.

Wall Street Journal (April 5, 1972. Lead story, p A1): “When the southerly kona winds blow onto shore trapping auto exhaust, the mountains of this island of Oahu disappear in the haze, and this city, famed for its tropical splendor, is blanketed in yellow smog. The Pacific Ocean nearby isn’t so pretty either.

Only 3,500 feet from shore and less than four miles from Waikiki Beach, 55 million gallons of raw sewage churn into the sea daily, discoloring and polluting the water. ...

Lawsuits and lobbying efforts by Life of the Land are forcing the state health department and the administration of Gov. John Burns to devote increasing time to pollution matters.”

Hawaii Business News (Cover Story, November 1973): “Ecology itself has rapidly become a national issue, about as hard to oppose as motherhood or the flag. But while most people agree that something must be done about guarding the nation’s environment, few agree on priorities or even on a definition of the problems.

Because ecology has no clear manifesto, it has spawned all sorts of groups and movements. Often this splintering has made much of the protest ineffective.

Not so in the case of Life of the Land, which in Hawaii has provided a focal point for a widely diverse group of characters and forces – a polarizing force on the local scene that is disrupting long established political, economic and social alignments.

With its bold, sometimes impertinently aggressive tactics LOL has displayed a persistent knack of hitting the State’s governmental and business establishment where it hurts – in the pocketbook...

The remarkable thing about Life of the Land is the fact that it has succeeded as well as it has against such a broad and potent array of opposition.”

Much of Hawai`i’s land use case law was written as a result of Life of the Land’s cases.

Star-Bulletin Editorial (May 13, 1975): “Useful Gadfly. ...Life of the Land fills a near-vacuum in the State in terms of a citizens’ lobby to challenge the establishment’s policy decisions... particularly in the all-important areas of land use and environmental protect."