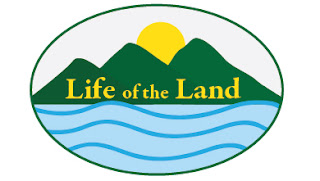 Kaua`i has been a testing ground for pesticides, from DDT during WWII to Agent Orange during the Vietnam War.

In 1975 the federal government held a hearing in Honolulu regarding their proposal to burn Agent Orange on a ship in the Pacific Ocean. According to the New York Times (April 27, 1975), the only opposition came from representatives of the Trust Territory of the Pacific and Life of the Land.

Heptachlor was sprayed on pineapple plants to control ants responsible for the spread of mealy bugs. After the pineapple was cut, the heptachlor-contaminated "green chop" (leaves) were fed to dairy cows on Oahu.

Residents ate beef, milk, and cream after the EPA knew of the problem in 1980 and did nothing about it. In 1982 the State of Hawai`i Department of Health began issuing multiple recalls of dairy products.

A victory in the multi-million-dollar class action lawsuit led to the establishment of the Hawai`i Heptachlor Research &amp; Education Foundation to handle medical monitoring, scientific research and education.

Honolulu Advertiser (June 11, 1986): “Good heptachlor call. The settlement of a class-action lawsuit by Hawaii consumers over the 1982 heptachlor contamination of milk here is heartening... This is a victory for consumers – led in this case by the Conservation Council for Hawaii, Life of the Land and the Childcare Switchboard.”

Heptachlor was also used in residential communities. Chlordane, containing 10-20% heptachlor, was used in the manufacture of termite-resistant plywood and sprayed along buildings for termite control.

Studies in the 1980s found that Manoa Stream was contaminated from numerous pesticides including chlordane. To avoid contamination the federal government advised staying out of contaminated streams and to avoid playing in contaminated dirt.

Most agricultural, commercial and domestic use of heptachlor in the U.S. was phased out between 1974 and 1988. The EPA banned chlordane in 1988 but once again the use continued.   Del Monte continued to use the pesticide till at least 1993.

Pesticides (things which kill pests) include those poisons which kill only one type of pest: fungicides, herbicides, insecticides.  Pesticides are composed of active and inert substances. An active substance is anything which harms a species for which the pesticide is designed to harm.  An inert ingredient is either non-toxic, or harms species other than what the species for which that pesticide is designed to harm.

For the most part, only active ingredients are regulated and need to be listed on pesticide containers.